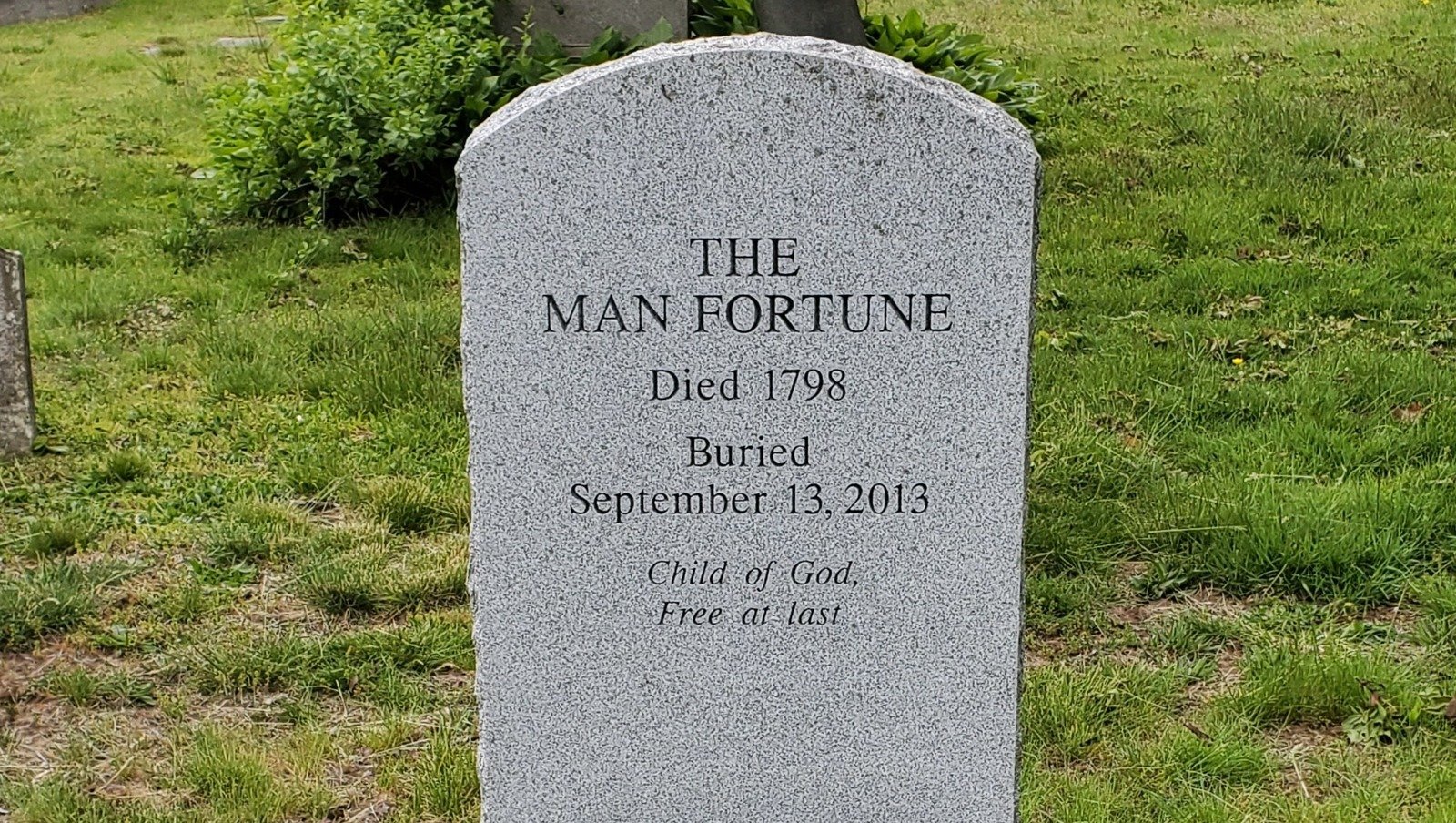 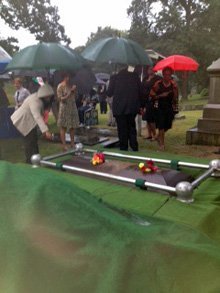 An 18th century American slave finally received a proper burial Thursday, more than 200 years after his death, according to organizers of the service.

The remains of Fortune, an African-American slave who died in 1798, lay in state in the Connecticut State Capitol rotunda in Hartford on Thursday before state police escorted them to a memorial service at the same church where he was baptized, according to Bob Burns, Director of the Mattatuck Museum, which had housed the skeleton since 1933. He was interred in one of the most well-known and distinguished cemeteries in Waterbury afterward.

A ceremony at the Capitol included bagpipers and the singing of “The Battle Hymn of the Republic,” according to Samaia Hernandez, a spokeswoman for Connecticut Gov. Dannel P. Malloy’s office.

This story was originally published on CNN.com on Sept. 13, 2013. It was written by Chris Boyette.

“Fortune was a Waterbury man who worked, lived and died in our state at a time when African-Americans were denied basic civil rights. After 215 years, he will finally be laid to rest,” Malloy said. “While we can’t undo the wrongs of the past, we can honor those who were affected and push for positive change in the future.”

A memorial service was held at St. John’s Episcopal Church in Waterbury, where according to records, Fortune was baptized in 1797, Burns said. A burial at Riverside Cemetery, a historic cemetery full of prominent Waterbury residents, followed the service.

Fortune, his wife and their three children were the legal property of Dr. Preserved Porter, a Waterbury physician, according to the Mattatuck Museum. Shortly after Fortune’s death in 1798, his children were sold off, and Porter, a bone surgeon, dissected Fortune’s body and prepared his bones to keep his skeleton for anatomic study.

Burns said Fortune’s skeleton was passed down in the Porter family for generations before it was donated to the museum as an oddity. It remained there until the 1970s, when it was put into storage. 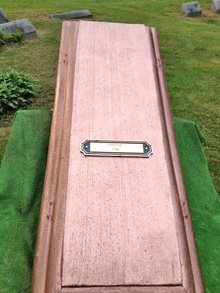 Since the 1990s, Burns said the museum and the African-American History Project have worked to find out what they could about Fortune’s life and death from his remains and ultimately lay the bones to rest.

“If you look his bones, you can tell he did not have an easy life,” Professor Gerald Conlogue, co-director of Quinnipiac’s Bioanthropology Research Institute, said at the time.

The other goal of the researchers was to use a 3D scanning camera to create 3D images used to make 3D prints of the bones, allowing future researchers to continue studying the bones and while Fortune’s remains are buried, according to Burns. “That allowed us to honor the humanity of Mr. Fortune, and put him to rest,” he said.

According to the museum, Fortune may have died from a snapped vertebrae at the top of his spinal column. According to the official historic record, Fortune fell into the Naugatuck River and drowned at around age 55.