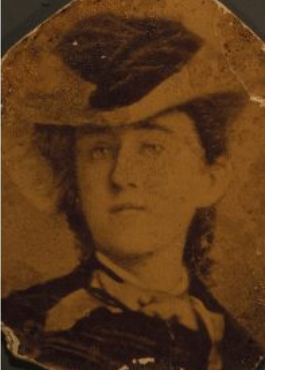 Caroline Josephine Welton (1842-1884) was an adventurer, animal lover, artist, mountain climber, and philanthropist. She was the daughter Jane E. (Porter) Welton and Joseph Chauncey Welton, who was part owner and president of Oakville Pin Company and an investor in Waterbury Brass and Holmes, Booth & Haydens.

Known to be a woman of social graces, Carrie lived life on her terms. She had a reputation of being courageous, headstr, and owner of ong, and impulsive, and demonstrated a propensity for doing uncommon things. She traveled West frequently, eventually settling in Colorado, where she climbed two of the highest peaks in the Rocky Mountains. After a successful climb of 14,000-foot Pikes Peak, she died on her descent from Longs Peak, another “fourteener,” having gotten stuck in a September blizzard. Carrie, who kept rabbits, cats, and dogs, adored her black stallion, Knight, who she lavishly cared for and who she rode throughout the Waterbury area, no matter the weather.

Throughout her life, Carrie donated $250,000 (more than $5 million today), including $73,000 upon her death, to the ASPCA. She also left the city of Waterbury $7,000 to build a drinking fountain, for people and horses, adorned with a bronze sculpture of Knight. The brass horse fountain sits at the top of the green today. 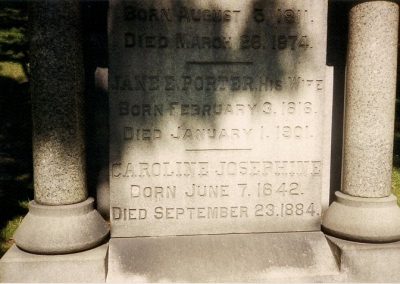 A likeness of Carrie Welton’s horse, Knight, sits atop the fountain and the green. 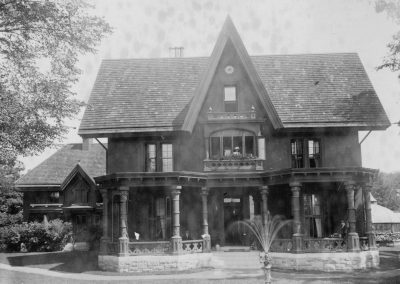 In the Overlook section of Waterbury, the Welton family home. 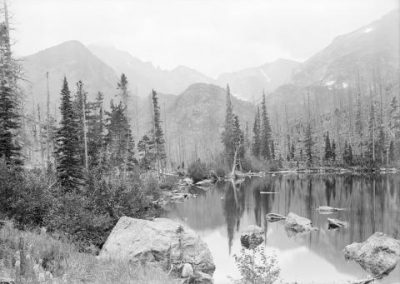 Longs Peak, where Carrie Welton died, is in the background.