Israel Holmes began works as a clerk it the button store operated by J. L. Scovill and W. H. Scovill.

Holmes was later sent to Birmingham, England, by the Scovills to acquire the necessary men and machines to manufacture metallic buttons. He made three trips in all and was successful in persuading a group of gilders, burnishers and die-sinkers to join him.

English law prohibiting export of machines and workers forced Holmes to conceal the men in empty wine casks aboard ship until they were set to sail. On his last trip to England, he brought back casters, rollers, wiredrawers, and tube-makers along with the machinery needed to begin the manufacture of brass.

This was the impetus for Waterbury to develop into “The Brass Center of the World.” 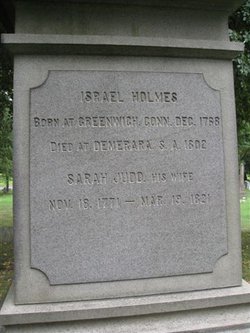 The monument in Roverise of Israel Holmes. 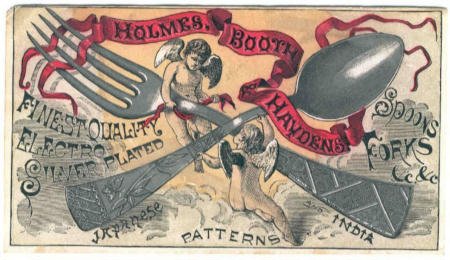 The finest quality of electro-plated silver available at Holmes, Booth, and Hayden. 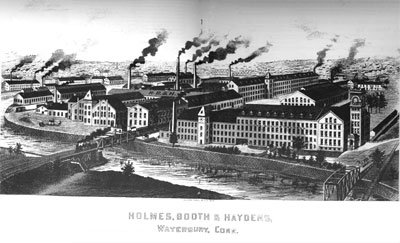 The Waterbury factory of Holmes, Booth and Hayden. 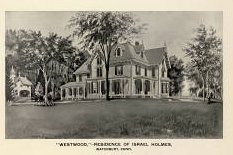 The Waterbury home of the Israel Holmes family.